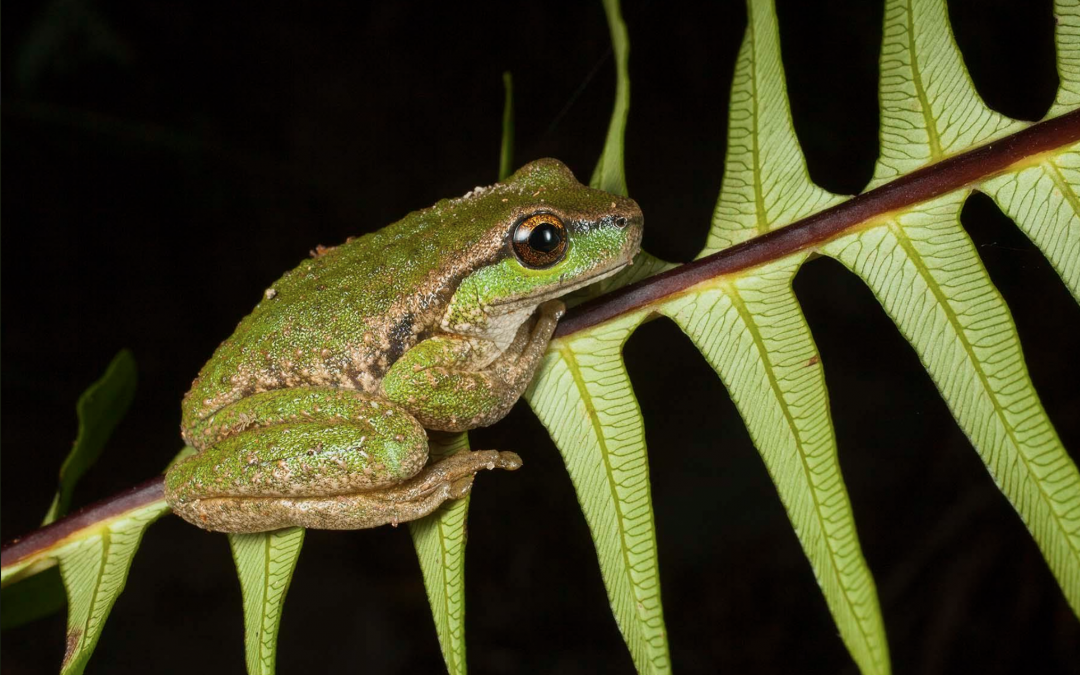 These little frogs are critically endangered.  They have been highly impacted by numerous factors including Chytridiomycosis caused by the Chytrid fungus (which is affecting around 700 frog species worldwide), bushfires, climate change and predation by several introduced fish species (including trout).

There is no cure for the Chytrid fungus and we have little control over bushfires or climate change, but there may be ways of controlling predation on both frogs and their tadpoles from introduced fish species by removing these fish from selected waters. Removing one threat of the three may give the remaining frog population some breathing space to re-establish their numbers, or at worst, a habitat where captive bred frogs might be released in the future.

Whilst the main objective of the Australian Trout Foundation is to improve and promote our trout fisheries, we also do not wish to see trout being blamed for the demise of any native species. We have been given an opportunity to assist in this vital project to show that we do care about our native fauna. Like with the Barred & Shaw galaxias, we will step up to the plate to assist when these natives are at risk of being lost forever.

We must do whatever we can to ensure that as many native animals as possible are not lost, even if this means the loss of some marginal trout habitat. We have been invited into the group to ensure that we can help identify and retain our ‘high value’ angling waters, and still be able offer some solutions to the problem.

During a number of meetings chaired by Dr. Matt West from Melbourne Uni. and backed with the resources of ARI, suitable frog habitat was identified that co-existed with low a priority angling creek that has a concrete barrier to help prevent upstream migration of fish.

In May 2021, some 17 recreational anglers (plus organizers) embarked on a project to remove as many trout as possible from the creek near Lake Eildon in North East Victoria as trial exercise to test if the creek can be utilized as a sanctuary for the frogs in an attempt to re-establish the population. Around 70 trout were caught (with most fish released into Eildon Pondage). This was followed up over the winter months with electrofishing to remove the rest of the trout (which were also relocated into other waters).

Research will continue to see if removal of this threat is adequate to conserve the spotted tree frog.