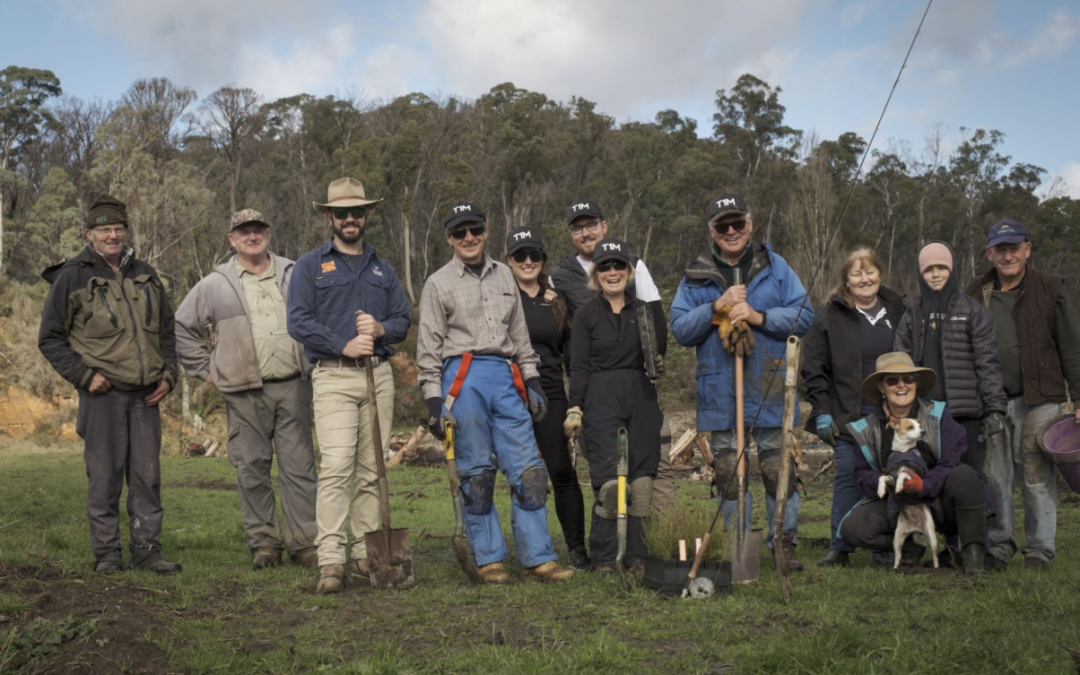 During the week of the 15th to 22nd May approximately 30 people gathered in and around Corryong to plant trees along the Nariel Creek to assist in the restoration of the creek after the 2019-20 bushfires.

A joint operation was carried out which included the North East Catchment Management Authority (NECMA), the Department of Water, Environment, Land and Planning (DWELP), the Victorian Fisheries Authority (VFA), Corryong Angling Club and the Australian Trout Foundation (ATF). Planting volunteers came from the local area as well as the greater North East and Melbourne, all coordinated by the ATF.

Andrew "Briggsy" Briggs planned the operation to coordinate with significant in-stream stabilisation works on the Nariel funded out of Bushfire Recovery funds. A total planting of 10,000 trees is planned over the next 12 months, season dependent. Approximately 3,500 trees were planted over four days of planting, mostly by a more elderly brigade of planters, although the average age was lowered on the Sunday with participation from some local families and their children.

All the planters were grateful for the two augers that were utilised for the creation of planting holes. Big Dave was the standout digger, handling the petrol-driven auger for a number of days. It was difficult to tell which was going to wear out first, Dave or the auger. Brad also supplied an electric auger which certainly accelerated the plant rate over the four days. “Big Dave” was quoted as saying that his wife (ex) had said to him that he may not be that bright, but he sure can lift heavy things. To top off a sterling performance Big Dave won the meat tray in the Corryong Hotel on the Wednesday night. We think he was going home to eat it in one sitting to replace the energy he used over the time! 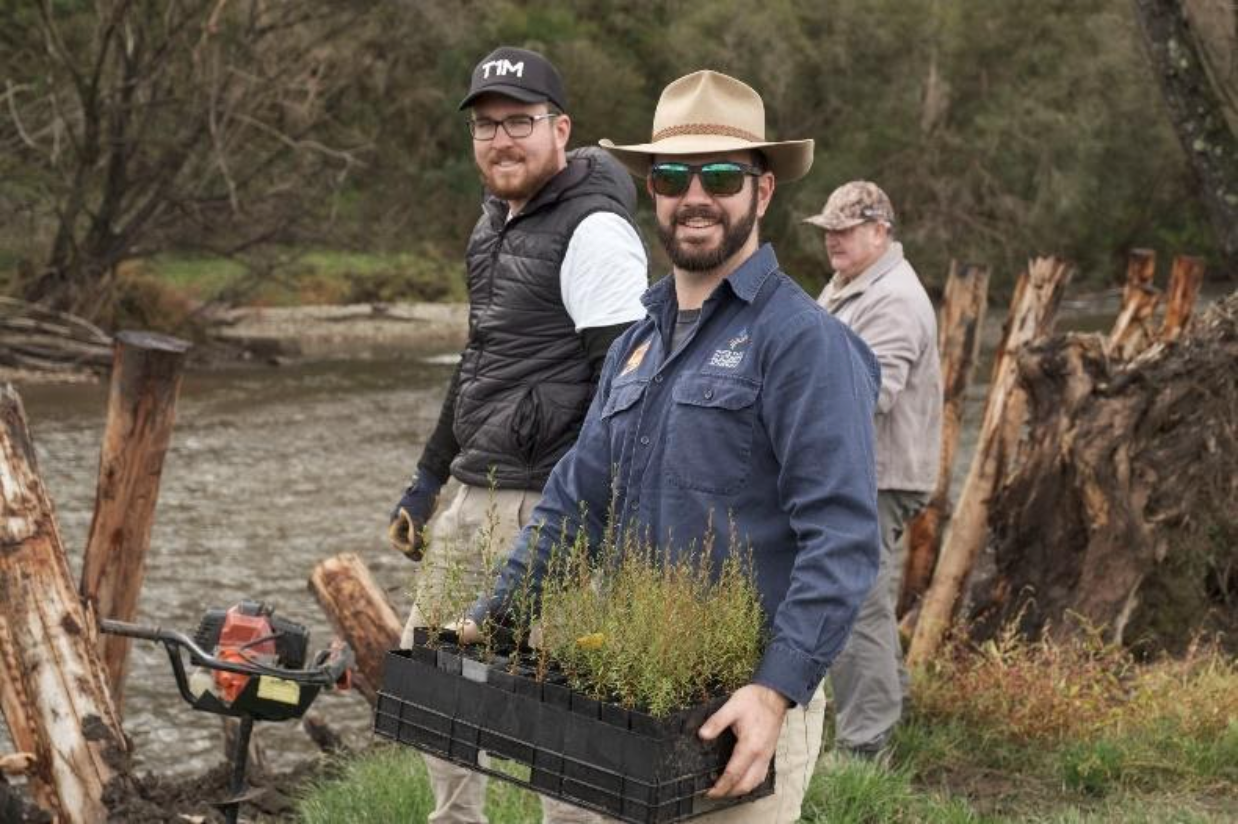 Some of the tree planting team in action

Briggsy was a master of coordination and certainly managed to look busy all the time coming and going, setting up the lunchtime BBQ and sourcing vegetarian sausages for fussy eaters. Unfortunately, no camera was present when Briggsy was spotted actually planting a tree. Some still dispute the claim that he did! Mick, Briggsy’s stand-in on the Wednesday excelled with not only sourcing vegetarian patties to compliment the meat fare and operating the BBQ , but also distributing and planting trees. This should not be seen as a reflection on Briggsy, who operated under the delegation model of leadership. We were all glad to follow his lead!

On the Wednesday planting, Choco suggested that since there was three members of the VFFA volunteering that we should erect a sign saying, “This planting undertaken by the VFFA”. Others from the planting team suggested good naturedly that gratuitous recognition should be discouraged!

A happy group of planters 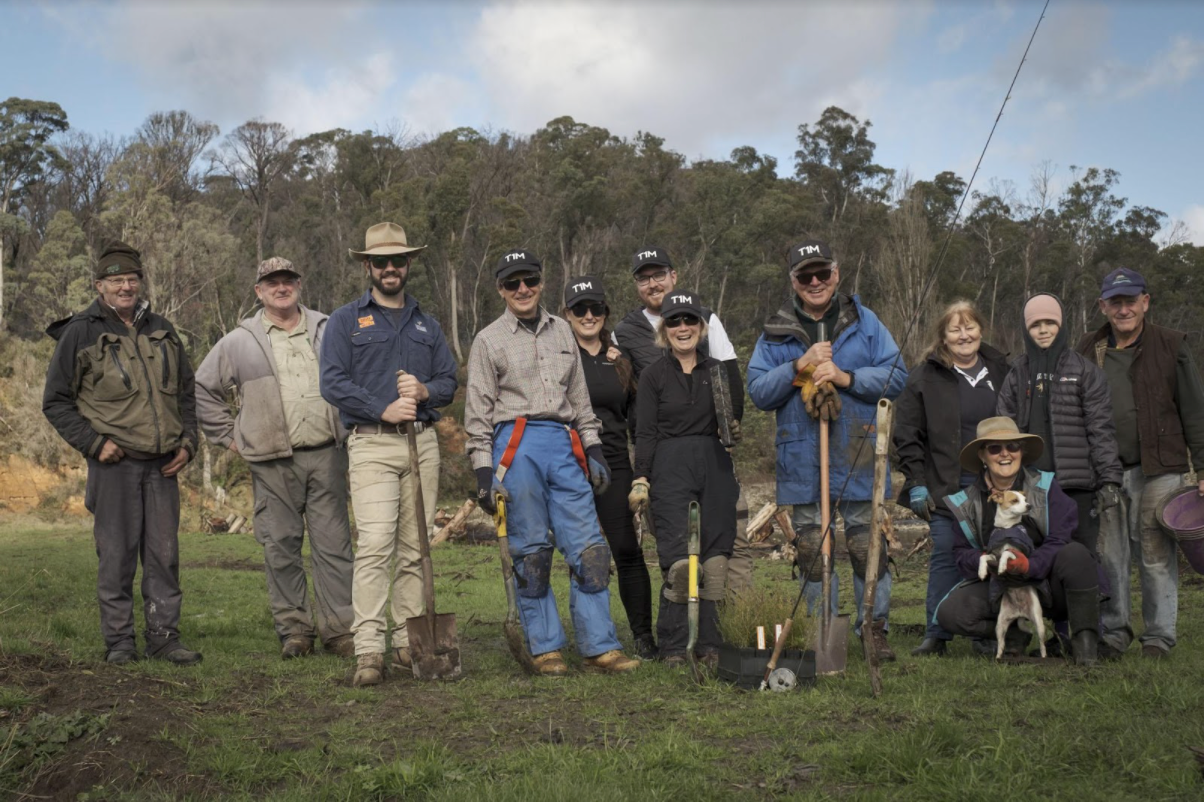 Many friends were made, and fun conversations had in the pub at night. One conversation undertook a serious study into what constitutes a “shitload” of anything. It was determined that the crew had planted a “shitload” of trees, meaning anything over 3,500 trees constituted a shitload. It was agreed a huge collection of salvageable logs collected in the Nariel Valley constituted a shitload, while Neal Bennett confirmed that NZ fishing guides suggested anything over ten fish a day meant you had caught a shitload of fish. A red herring introduced into the conversation suggested a truckload was more than a shitload but this should be discounted due to the fact that it was not possible to load all the aforementioned the logs in the Nariel Valley onto one truck. All agreed a truckload was far more definable than a shitload, only dependent on the size of the truck.

A couple of days fishing was possible for those interested, with two celebrated anglers heading over to the Gibbo River on the Thursday and catching far more than a shitload. 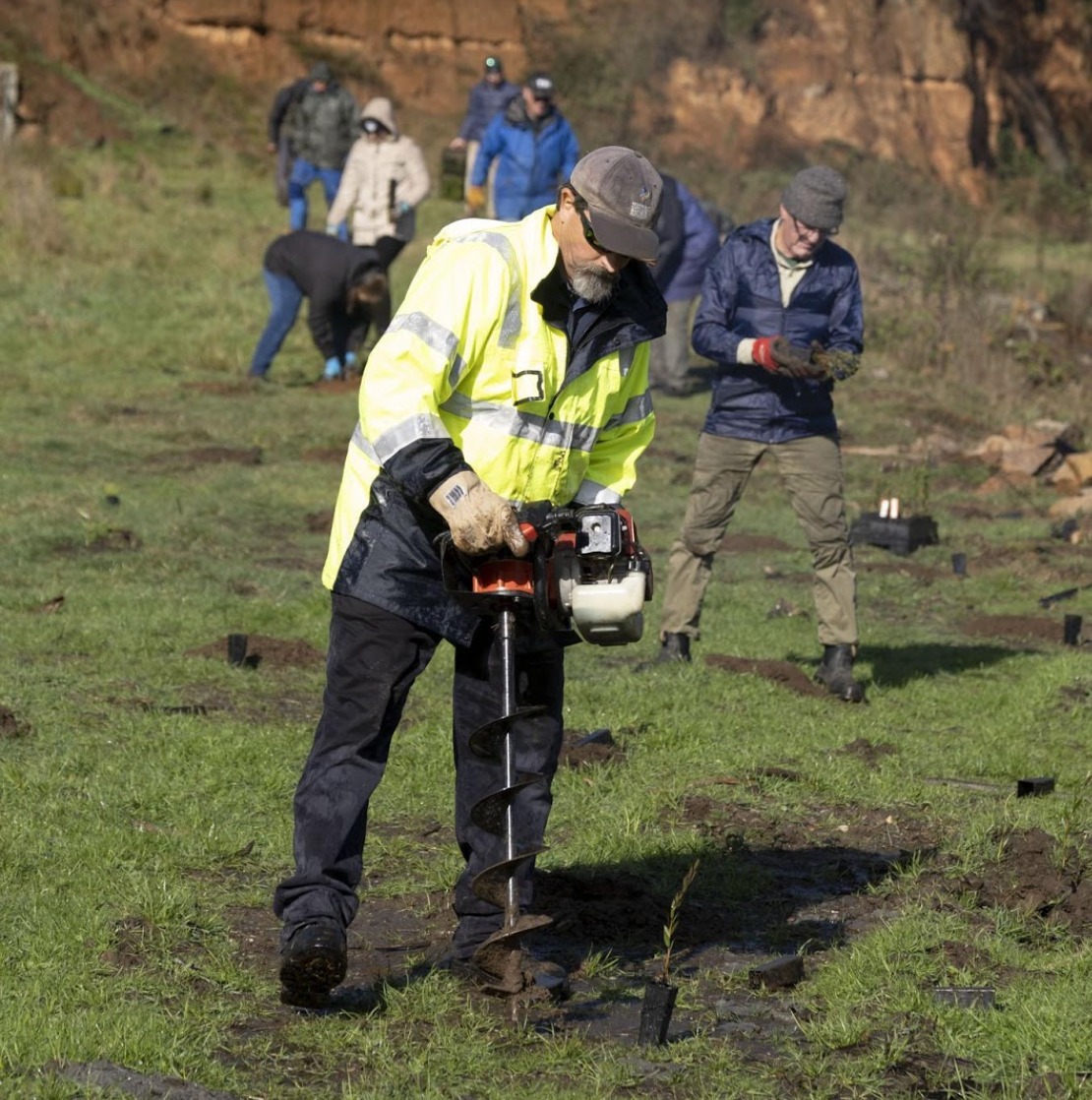 Briggsy at work with the team

The week was not only a great win for the bushfire recovery effort and the environment, but also very enjoyable for all those who participated. Many thanks to Briggsy for his great organisational effort (notwithstanding the above commentary) and for all those who participated as volunteers. We only have 6,500 to go. Stay tuned for further invitations to make a difference with the ATF Trees for Trout program.